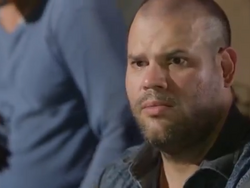 Timo is the supporting Antagonist from Ang Probinsyano who associates Dante’s Henchmen and most likely his right hand man in his first batch of his gang. He was later shot by Cardo after attempting to Shoot back Cardo.

He is there when cowardly, he is seen to be comic reliefs, tragedy, Mentally Ill, and have conscience during his early appearances. His coomics was later gone and become more sadistics in his later appearance. Timo is also Big Ego, Bully, Psychopath and Hot Headed.

He is shot by Cardo Dalisay before Dante S. Madarang becames His Taker Down.....

He is portrayed by Gerard Acao.