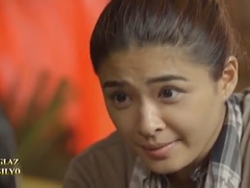 Magdalena Dumaguit simply known as Lena sometimes just uses to be from Ang Probinsyano was the member of Pulang Araw and the leader with the leading Romulo Dumaguit.

Retrieved from "https://ang-probinsyano.fandom.com/wiki/Magdalena_Dumaguit?oldid=3761"
Community content is available under CC-BY-SA unless otherwise noted.