Edit
watch 01:40
The Sandman Will Keep You Awake - The Loop
Do you like this video?
Play Sound

The Mafia Forces are the Antagonistic groups from Ang Probinsyano who are lead between Philip and Renato and are the rivalries of the Drug Syndicates. the forces of the Dragon cares about the drugs which breaks ups the friends of Buwitre who they are thinking about killing drugs with out permissions, Every mafia teams will gets mad and fights Each others.

This Villains where anti are the side of Philip's forces. 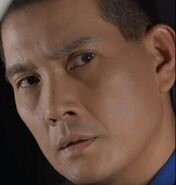 They are the Heavily villains who joins Renato Hipolito to gets rids of the Syndicates.