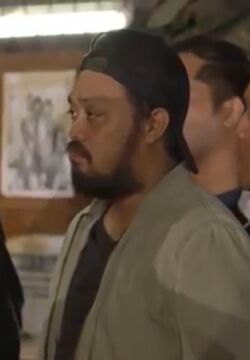 Boy Bulldog is the supporting Antagonist from Ang Probinsyano who associates Dante’s Henchmen and most likely his right hand man in his first batch of his minion.

He was then an escaped convict and later found by Balisong and became a minion of Bungo alongside with Boy Saudi. He was then killed during the shootout in Pitong Pulo.

Retrieved from "https://ang-probinsyano.fandom.com/wiki/Boy_Bulldog?oldid=5355"
Community content is available under CC-BY-SA unless otherwise noted.