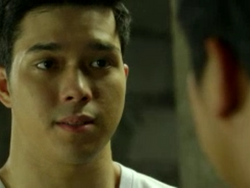 Andrew Abella is the Side anti protagonist since Ang Probinsyano, He cares about collecting Jonas Paulino after He retreats Be cuz He needs to takes down Ricardo Dalisay.

Deaths Causes: Presumed killed by Jonas later He will be back in Dreams

He was presumed killed by Jonas in April 11 2016 but His lifeless body wasn't been killed of as He was seen in the Dreams where He meets Cardo.

Retrieved from "https://ang-probinsyano.fandom.com/wiki/Andrew_Abella?oldid=4962"
Community content is available under CC-BY-SA unless otherwise noted.